Pruning is a technique used to control the size of trees and shrubs, increase or decrease density or maximize flowering or fruiting. It is also a way of creating special shapes, improving plant health, removing a hazard, or enhancing light and air penetration.

JANUARY TO MARCH: Young or weak growing trees and shrubs, summer blooming shrubs such as roses, hardy hibiscus (rose of Sharon), and summer blooming spiraeas. Winter is also a time to prune fruit trees to make them grow more vigorously in the spring. Winter pruning makes trees and shrubs grow more strongly because it reduces the number of buds that share the food stored in the roots.

APRIL TO MAY: Spring flowering trees and shrubs such as azaleas, camellias, daphne, forsythia, lilacs, rhodos, ornamental cherries, plums, deciduous magnolias and crabapples are pruned after they finish blooming. Prune them too late, and you will cut off next years flower buds. Also, needle-leaf and broad-leaf evergreens can be pruned or sheared.

JUNE TO AUGUST: Overgrown or neglected deciduous flowering or fruit trees and shrubs, suckers and watersprouts, faded flowers on summer blooming plants like roses and spiraeas. Also, needle-leaf and broad-leaf evergreens can be pruned or sheared.

SEPTEMBER TO OCTOBER: Not the best time to prune, only if very necessary to prevent winter breakage of branches or limbs. Watch out for our fall rains, pruning at this time can spread disease.

NOVEMBER TO FEBRUARY: Time to prune perennials and shrubs that die back over winter.

Dead or diseased wood should be pruned out whenever it is noticed, in any season. Sterilize pruning tools with rubbing alcohol, bleach or disinfectant between every cut to prevent spread of disease.

PRUNE IN THIS ORDER:
1: Remove all dead or diseased wood.

2: Remove or cut back limbs that come out of trunk at a narrow angle. These develop weak crotches that break under a heavy load (e.g. fruit trees, or areas of heavy snow). The smaller ones can be bent outward and propped with a stick to develop a wider crotch.

3: Remove any limb that comes out of the trunk a few inches directly above or below another branch.
(note: 2 and 3 don’t have to be done right away if they aren’t crowding other branches)

4: Thin out watersprouts. If you remove them all in the winter, you will get twice as many back. On the top of the tree where the limbs are exposed to the sun, leave one every two feet and cut off one fourth of their length.

5: Remove dangling branches or cut them back to an outward growing bud or branch.

6: Remove branches that are crossing or crowded. 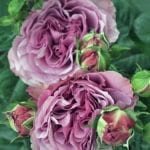 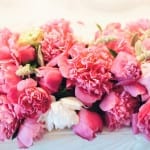